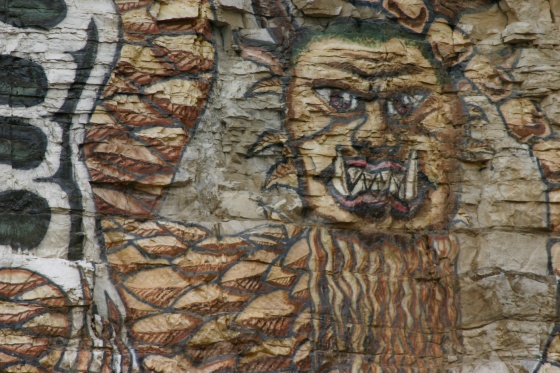 North of Edwardsville on Rt. 159, an old inn called the Three Mile House used to stand. According to legend, the inn might have once been a stop on the Underground Railroad. In fact, it is said that during renovations in 1970, workers discovered underground tunnels and a skeleton. Those who worked in and stayed at the inn experienced a variety of phenomena including moving furniture, lights flickering off and on, orbs of light, shadowy figures, and more. Sadly, the inn burned down in 1985; however, the gazebo still remains intact.

To those passing through between Troy and Collinsville, the road is simply a winding pathway called Lebanon Road. To locals, however, Lebanon Road is the stuff of legends. According to the legend, those who drive under all 7 bridges and go through the final bridge exactly at midnight will pass through to Hell. The area is also said to be guarded by ghostly hounds that have glowing green or red eyes.

Alton has been hailed as one of the most haunted cities in the nation. One of the most popular haunted locales is the beautiful yet spooky McPike Mansion. This 1869 mansion has been said to be the site of many strange occurrences including ghosts apparating in the hallways, disembodied children’s laughter, footsteps, and much more. If you’re curious about the mansion, you can partake in one of the scheduled monthly tours and group tours. Find out more here! http://www.mcpikemansion.com/index.html

There are several other haunted spots in Alton, but if we had to pick just one more, we’d choose the historic Mineral Springs Hotel. It is said that several spirits live in this old hotel, which is also now open for haunted tours. Some have witnessed a number of ghosts including The Jasmine Lady, who can be identified by her floral perfume, George, a man who drowned in the hotel swimming pool in the 1920s, The Drunken Ghost, a former artist who created the mural in the Crystal Room bar but unfortunately died before finishing it, and Cassandra, a little girl who drowned in the pool and has an affinity for playing marbles.

McKendree is the oldest university in Illinois and has seen a great deal of history, including the Civil War. There are several reports of spiritual activity on the main campus. In Carnegie Hall, professors and students alike report the televisions turning on and off or changing channels, eerie feelings, footsteps, and even the sound of desks moving on their own on the top floor. The alumni house across the street is the site of three deaths, including a baby who died from pneumonia – the back room, which used to be its nursery, remains permanently cold. Perhaps the eeriest tale of all is from those who spend time in Bothwell Chapel. There have been reports of the organ playing itself, footsteps, and the sound of running down the middle of the sanctuary, even though no center aisle exists!

The spookiest theatre in the Metro St. Louis region has to be the Lincoln Theatre, situated in downtown Belleville. It has been said that the theatre is haunted by 7 different ghosts, including a spirit that loves playing tricks on people. Witnesses have seen an apparition of a ghostly child run up and down the stairs and a woman in the balcony.

Nestled in a little town off I-64, the Original Springs Hotel is a historic building that apparently houses many different specters including a man who died in an explosion in the 1880s, one of the former owners from the 1890s, and at least 7 other spirits of those who died at the hotel from various causes. Guests and workers have witnessed mists and apparitions, felt an eerie presence, and have heard unexplained noises and footsteps. The second floor of the older wing is said to be one of the spots with the most activity in the building. Be on the lookout for a spooky Lady in White wearing early 1990s clothing and a large hat; many have seen her in several spots in the building.

The famous House of Plenty wasn’t just known for its excellent food; it was also a well-known restaurant haunted by ghosts. Workers have reported witnessing a mysterious apparition of a man dressed from the early 1900s in the hallways, various objects moving or simply vanishing, eerie feelings, and the sensation of being touched. Though the restaurant has recently closed its doors, the restaurant still experiences some strange goings-on within.

The Bluffs of the Piasa – Alton

Though this isn’t a haunted location, this place has a spooky legend worth mentioning for Halloween. When you travel north along the Great River Road just past Alton, you will see a large painting of a terrifying creature called the Piasa on the bluffs. The findings go back to 1673 when Father Jacques Marquette took note of the painting on his way down river with Louis Joliet. He wrote in his diary that the Piasa “was as large as a calf with horns like a deer, red eyes, a beard like a tiger’s face, a face like a man, the body covered with green, red, and black scales, and a tail so long that it passed around the body, over the head, and between the legs.” Legend says that the Piasa would swoop down and devour the inhabitants until Illini chief Ouatoga and his tribe shot the beast down with poison arrows.

If we’ve inspired you to conduct your own investigation of these spooky places, please make sure that you go on a tour and not by yourself, especially if the areas are non-trespassing zones. You won’t just be putting yourself in physical danger – you’ll also be breaking the law. Besides, we feel that tours are a much better experience!

So which story is your favorite? Let us know on our Facebook wall! And if you find that your house hunt has gotten too scary to handle, don’t call the Ghostbusters – call the Massey Team at Berkshire Hathaway HomeServices Elite Properties at (618) 791-5024 or (618) 791-9298! 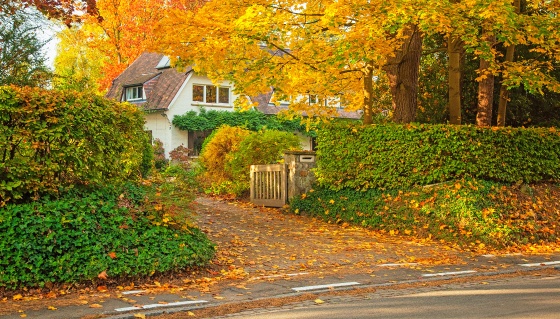 Fall is a wonderful season to experience, especially here in the metro St. Louis region. The leaves turn vivid shades of gold, red, and orange; pumpkins can be found placed decoratively on front porches, and the beautiful, chilly weather is just perfect for fall festivals, adventurous weekend getaways, or home football games.

Autumn is also the 2nd best time of the year to sell a home. The holidays aren’t upon us yet, the weather is gorgeous, and the autumnal lighting can really lend a hand in displaying one’s home in the best, well, light.

There is, however, an art to selling a home in the fall. Follow these 8 tips below to help you attract those autumn homebuyers to your home!

Keep Your Yard Neat – Fall leaves are really great to admire while they remain on the trees, but they’re all of a sudden a lot less fun when we have to rake them up. Be sure to take the time and put the effort into raking up the dead leaves, sticks, and debris from your yard, and don’t let overgrown vegetation block the paths to the entrance or any windows. Additionally, cut back any bushes and tree limbs that might be in the way; this will let the sun peek a bit more inside and bathe the exterior of your home in golden light.

Create Autumn Curb Appeal – Autumn brings a lot of very beautiful vegetation with it, so take advantage of the fall flowers while you can! Plant golden mums, marigolds, and chrysanthemums in pots on the steps outside or along the sidewalk. After all, yellow is a home-selling color! Accent these flowers with gourds and pumpkins to complete the look.

Treat the Windows – Your windows take quite a beating in the summer months; the summer rains, winds, and storms wind up leaving your windows streaked with dust come fall. You might notice the streaks and smudges on your windows, but buyers certainly will. Your windows need to shine if you’re trying to sell your home, so remove those screens and clean them up!

Show Your HVAC Some Love – When was the last time you changed your furnace filters? Take some time before the fall weather really kicks in to change it and to check your heater. You’ll get fresh, clean air circulating in your home, and you’ll be able to fix any issues your furnace might have before it gets too cold. Remember, the buyer will ask a home inspector to check out the HVAC, so make sure it’s in proper working condition!

Clean Out the Fireplace – No one likes to see a dusty fireplace full of cobwebs, so clean out that fireplace if you have one! Vacuum it out, wash it down, and decorate the mantle with fun fall knickknacks and pumpkins. If you have a gas fireplace, feel free to light it when buyers come through. They’ll enjoy the cozy atmosphere that you’ve created in your home (and will never want to leave!).

Use Autumn Accent Colors – Liven up your furniture with some fun autumn accents! A plain ol’ cream or gray sofa can really come to life when you place yellow, orange, or red pillows (or a combination of the three) on it. Toss an autumn-colored throw over your favorite chair. Place bold-colored accent pieces in odd-numbered groupings in your home to bring in a bit more of the autumn feel. Gather some pinecones, nuts, orange candles, and small, colorful leaves and create a centerpiece for the dining room table to complete the look.

Bring In the Light – As the days start to shorten more and more, the sun will set lower in the horizon and cast wider shadows. Counteract the shadows by pulling up the blinds, opening the shutters, and pushing back the drapes on every window. Turn on the lights in the house when a homebuyer comes by, including appliance lights and closet lights. Don’t forget to turn off the television, too!

Prepare a Few Autumn Dishes – Want to really promote that comfy-cozy feeling in your home? Try baking yummy pumpkin cupcakes or pie, or simmer hot apple cider on your stove! Put out a tray of cinnamon sticks on the counter and fill a bowl with crisp red apples. The smells will entice your potential homebuyer, and seeing these foods placed around the kitchen will make the buyer feel right at home!

Autumn is a great time to sell your home. It’s even easier when you list with a team you know you can trust – the Massey Team at Berkshire Hathaway HomeServices Elite Properties. Call us today at (618) 791-5024 or (618) 791-9298 or find our listings online at www.dianamasseyhomes.com.